And since we live in a more liberal world today, we finally have the chance to look up what was so taboo for public libraries to hide for so many years. The New York Public Library’s collection of erotica is free for everyone to enjoy. Here are some interesting details regarding their vast collection.

In some ways, libraries are the custodians of past times. They have all sorts of literature that you can use to understand what people’s lives were like back then. And since we’ve said that sex was taboo until recently, books, magazines, and other literary pieces had a peculiar tag on them. This sign would suggest inappropriate content that only a few could see and explore.

This symbol was the triple-star code. Librarians would handwrite three little stars on the covers of such titles. This way, they would know what to keep far from the eyes of the public. However, the world isn’t the same as it was back then. These titles are now free for everyone to look up. Of course, they’re only available in physical form, and you can’t look them up online.

Collecting the Good and the Bad

Jason Baumann, the collection’s curator, told New York Times that they were looking for all sorts of things to help explore the past with more clarity. Nevertheless, their discovery gives us a great insight into what people’s sex lives were in the past. No matter how you look at something from today’s perspective, it’s vital to keep it intact for scientific purposes.

If something wasn’t good doesn’t necessarily mean we shouldn’t talk about it now. Moreover, it gives us a chance to understand how we as a society go through various changes. LGBT people are no longer criminals in the United States. But if we keep the memory of their struggle a secret, we would risk allowing the same prejudices to take over again. 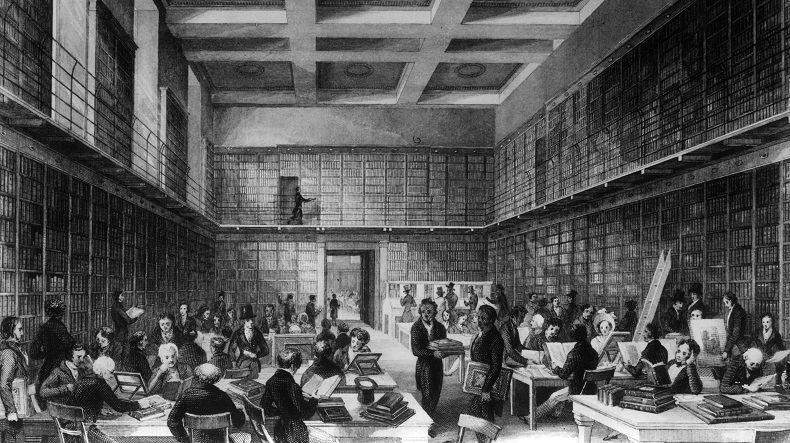 The New Yorkers didn’t come up with this idea on their own. Their inspiration came from a similar action in France. Just like NY’s public library is full of all sorts of interesting pieces, the French National Library has a stunning collection of books, magazines, and various written paraphernalia. Therefore, they have an erotica library too.

How did they fill their shelves with such taboo content? Well, that’s a fascinating story on its own. Namely, library workers would go out to the seediest parts of New York in the ’70s and visit pornography shops and grindhouse theaters. And since we all know how the Big Apple was a dangerous and unsettling place back then, it’s pretty cool to imagine a bunch of nerds running around, searching for pornography.

Back then, NYC wasn’t the safest of places to hang around. From drug dealers to various gangs, you could get in trouble pretty fast if you didn’t know your way around the city. Luckily, we don’t know of any case where a librarian ended up in peril while looking for titles to fill the city’s public library. Nevertheless, it would make for a cool movie, wouldn’t it?

There’s More to the Collection Than Sex

However, the triple-star collection wasn’t only about sex. There were all sorts of valuable books and pieces that the library couldn’t afford to lose. From black magic stuff that was popular during the ’60s and ’70s to the first edition of “Bambi.” Yup, the actual one about the baby deer.