The wild success of “Fifty Shades of Grey” surprised everyone except women. It came as a genuine shock to men who apparently haven’t been paying attention these past few decades (or centuries). Although a piece of forgettable literature at best, “Fifty Shades” gave women what they wanted — a sexy book.

There’s a challenge on the internet where women get naked and film their partner’s reaction to it. It’s amusing how far the jaws of men in the videos can drop and how quickly they can react.

But, have you ever wondered why there aren’t any videos of men doing the same to their partners? Probably because the reactions would be vastly different.

“What are you doing? Why are you naked? Aren’t you cold?” would be the most likely reaction from the ladies. Unlike the men, who gaze adoringly (or hornily) at their partner’s naked bodies, women wouldn’t get instantly turned on. Why?

Does that mean women aren’t as attracted to their partners? Of course not. Women and men simply aren’t stimulated by the same things.

Men are visual creatures. Studies show that men are more likely to get aroused by watching images and videos, while women have a bigger chance of getting turned on if they hear or read about sexy things.

That really explains women’s love of erotica. So, there is some truth to the old wive’s tale that women aren’t that easy to stimulate visually.

See how men and women differ in sex drive

No lesbian would ever finger her partner with long nails! Plus, lesbians don’t scissor nearly as often as men seem to think they do.

They Can Connect to It Better 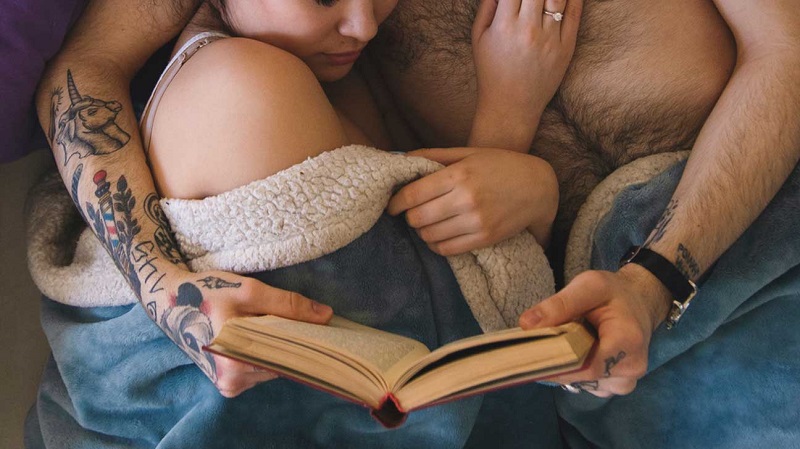 Aside from being more stimulated by words, women connect with erotica better. Because they get a full story, ladies can relate to the characters and form a bond with them. That allows them to experience the entire book in a deeper way.

It’s a Safe Form of Escapism

Even in today’s sex-positive world, women are often judged for their choices. The way they choose to get their rocks off is often under scrutiny. That’s why many read erotica.

Know more about the psychology of escapism from this WebMD article.

Reading is a safe form of escapism for women. No one is there to judge them or look at them in a weird way or criticize their choices. By reading erotica, women can also explore their sexuality at their own pace and without worrying about other people’s reactions. Many women often don’t know what they like (or don’t like in bed) because they are too scared to experiment or too afraid to share their desires with others.

By reading erotica, they get to experience some of the things they might be dreaming about without actually having to commit to anything (and without having to explain themselves to other people).